In This Case It’s Not Just The Size That Matters

If you live in the Northern states near waters where the coveted fish known as the muskie lurks, by now you have undoubtedly heard about the heated controversy.   Oh, this is certainly not a new controversy…just an old one that keeps rearing it’s ugly head from time to time.   Since 1949 to be precise.

It all started back in the summer of 1949 when an angler named Louis Spray caught what many believe to be the world record muskie – a record that has stood for over half a century.   But not everyone believes those accounts…and perhaps with good reason if you dig a bit deeper into the story.   Problem is, how do you dispute a record claim when all you have to go on as evidence these days are a few sworn affidavits and photographs of the monumental catch?

That doesn’t mean this record-setting story is without its distracters.   In fact, several groups of knowledgeable researchers have recently tried to once and for all shoot some holes into this colorful story and have the long-standing record listing disqualified.   But in an 8-0 vote, the National Fresh Water Fishing Hall of Fame elected to keep the record as it now stands and to once again deny the contesting testimony of those who have their strong doubts of its legitimacy.

As for me, I really don’t know what to believe.   On one hand it is a classic fishing story with the lead character cast perfect for the part.   If Mr. Spray aspired to gain notoriety for his achievement…well, he certainly did that.   A full 56 years after his famed catch and even 20 years after his death…the legend lives on to be perfect fodder fitting for any lake country tavern debate.

But here is something that is much more clear.   I ask you this…why are the directors for the National Freshwater Fishing Hall of Fame all comprised of residents who live in and around Hayward Wisconsin?   Here is a self-proclaimed organization that strives to be the clearinghouse for all of our North American angling records and yet the leaders totally lack geographic diversity.   Why?   Is it out of convenience to conduct organizational affairs…or does the organization have some ulterior motive that perhaps has a slight bias toward tourism in the heart of Wisconsin’s lake country?   As an angler who likely will never see his name listed on their record books…I still want to know.

Personally, I feel the famed tale of Louis Spray’s fish will continue to grow until someday when the record is broken and then few people will care about it at that point.   Truth is, sportsmen have an uncanny interest in and affinity toward whatever is number one in the record books.   Whether its the biggest buck ever shot or some other spectacular record breaking sportsman event…the clamor that persists over the sporting achievement has few equals.

Perhaps this is why the National Freshwater Fishing Hall of Fame wants to find every reason to justify Spray’s fish.   Until the next better fish comes along the focus of attention and angling spotlight remains on the Chippewa Flowage near Hayward for being the site of this record-breaking catch.   It’s easy to establish that the community of Hayward has a vested economic interest in seeing the current record endure any challenge to the claim.   It’s also easy to substantiate a claim that most of the directors who voted to uphold the record potentially stand to gain by any tourism dollars that might filter into the community based on the area’s decades old big fish reputation.

Now understand that I am not stating that any improprieties HAVE occurred in the past with the Hall or its directors…but, it should be a paramount priority for this group to be organized in such a manner not to even give that perception.   C’mon, we’re not talking about a good ol’ boys club here…we’re talking about a non-profit organization entrusted by all of us to be the guardians of our fishing heritage.   Indeed, it’s time for the Hall to clean up its act and diversify the leaders who govern.   If the records it holds are marred with controversy and persistent doubt, then it might as well fold because its losing credibility and respect among the people it needs the most – the angling public.

In the minds of many anglers, Louis Spray has an asterisk by his name because his record-setting entry is suspicious, to say the least.   In my mind, the Freshwater Fishing Hall of Fame will also have an asterisk next to its name until it proves to the angling world that their recognition program is above reproach.

In my opinion it wasn’t Louis Spray and his angling claim that was on trial most recently…rather, it was the highly questionable manner in which his record seemingly endures the test of time in the Hayward, Wisconsin community. 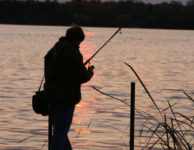 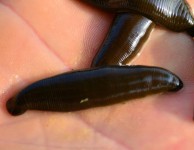 She Touched A Leech! 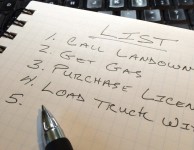 The Curse Of Forgetfulness And Ways To Avoid It