Imagine, you’re sitting on a frozen lake in Northern Minnesota when suddenly you receive a knock on your ice house door.   Could it be a conservation officer looking to check your fishing license?   Could it be another fisherman just checking to see if the fish are bitin’?   Perhaps it’s a friend who noticed your vehicle parked at the lake so they stopped by for a visit.   Nope, instead, what you’re about to find when you open the door will utterly surprise you and likely leave a smile on your face for the next several days to come.

Upon opening the door you find a guy with a video camera and another one with a microphone bombarding you with questions.   The upshot, this is ESPN2’s “Wanna’ Go Fishing?” show and host Matt Eastman is about to ask you the big question.   But there’s only one hitch…the show gives participants just five minutes and two phone calls to accept the offer before being whisked off to some exotic location to begin the fishing action.   A participant has to be able to drop everything they are presently doing in life before immediately leaving for the fishing fun.

Sound incredible?…you bet!   The show which premiered just last month has already chosen about a half dozen such lucky folks who have accepted the offer.   No doubt about it…this is one reality TV show that is sure to capture the attention and imagination of many sportsmen.

“We want to help people take the trip of a lifetime—something they couldn’t necessarily do on their own,” said Chris Fischer, CEO/Founder of Fischer Productions. “These people have amazing stories and our audience becomes naturally connected to the show since anyone could potentially be chosen. Some of our guests are real fishermen, but we’re mainly interested in people who are passionate outdoorsmen or who are at least adventurous enough to be willing to drop everything right now and go!”

The result is an intoxicating mix of hilarious interviews, phone calls to bosses and wives, mad dashes to pack belongings, and some of the most incredible fishing experiences imaginable.

I think what has made the reality shows so popular in recent years is the fact most viewers can sit in front of their TV and momentarily live their life vicariously through another lucky individual’s good fortune.   Whether it’s getting a new house make-over, attempting to exist on some desert island and not get voted off, or trying to become Donald Trump’s next new business apprentice…the concept of reality TV has really hit it off big.   So, it stands to reason that a show asking the simple question…“Wanna’ Go Fishing?” would also be a big hit.

The program which airs weekly can be found on ESPN2…check your local listings for show times. 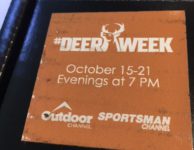 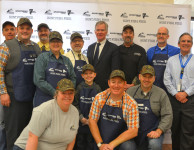 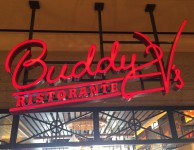 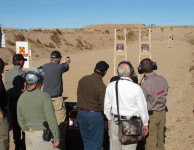