Heading off to to the SHOT Show in Orlando…so blogging might be a little sporadic during the upcoming several days.   I’ll try my best to find time to post something up after the show during the evenings.   In the meantime, did you hear about this:

Apparently there is a growing uproar in Colorado over PETA not stepping up to the plate and helping out with the thousands of livestock stranded and freezing to death because of all the recent storms in that state.   A local radio station out in Colorado called PETA to see what efforts they were doing to help with the dire situation.   During the interview, PETA spokeswoman Reannon Peterson responded in typical PETA fashion.   Take a listen by clicking here.   That’s right, because the livestock would by dying in six months to become a steak on someone’s plate…PETA feels no moral obligation to assist in the heroic efforts to either fund or to assist livestock producers in emergency hay drops.

Read more here about how Colorado’s Governor has labeled PETA a bunch of “losers” and “frauds” urging people not to send them any money.   Additionally, don’t expect to see the Humane Society of the US spending any of its $145 million it raised last year to assist in the life-saving efforts.   Apparently the word is this group doesn’t feel inclined to assist the welfare of these animals any more than PETA currently does.   Can you spell H–Y–P–O–C–R–I–S–Y?   Can you spell M–I–S–N–O–M–E–R? 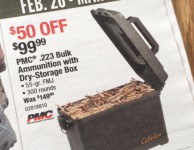 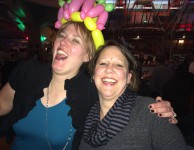