The SHOT Show can be mesmerizing.   My guess is there are few other industry trade shows quite like it.

With SHOT Show there’s a certain innate pleasure where the lines delineating work vs. play often become very obscure.   In fact, while it may indeed be a job to sell guns for a living out of a small retail shop, if one’s passion is truly into shooting how can that even be considered work.  There’s simply no hiding the fact SHOT Show is mostly about selling fun.  Fun products.  Fun experiences.  Fun people. 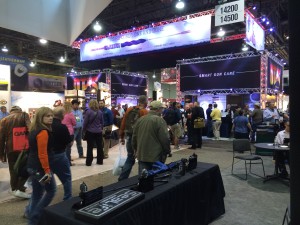 The chaos of SHOT often causes some people and groups to lose sight of their true goals and business objectives.

So, when folks travel to SHOT it’s pretty easy to get caught up in the fun.   I can assure you how nearly every aisle has a distraction temporarily causing a person to forget about the true reason they are there.   I call it the Disney Effect.   When a young kid first experiences a Disney theme park they walk around in a daze.   Sort of a fantasy land where objects of dreams actually come to life before unbelieving eyes.   The excitement can be overwhelming and quite intoxicating.

Yup, I do believe SHOT Show produces much the same challenges for many people and organizations.   Problem is, you can excuse a child who lacks the discipline to know better.   There’s no excuse, however, for professional adults to lose that same focus especially when they should know better.

Here’s an example.   Yesterday Pheasants Forever and Quail Forever posted a press release on what they will be doing at SHOT Show next week.   Now, you might expect these wildlife groups to be on hand with a booth pushing the conservation message to preserve and manage upland habitat.   Or, they might have staff on hand at SHOT to forge key partnerships with manufacturers to fund specific conservation initiatives.   Then again, maybe these conservation groups are in attendance to simply hype their important cause and try to rejuvenate interest in a sport that unfortunately appears on the steady decline for many of us.

Nope.   Neither PF or QF appear to have a booth at SHOT as far as I can determine.   And I’m okay with that.   Many other important conservation groups who used to attend, such as Ducks Unlimited, have opted to save the large sums of money otherwise spent on exhibitor space.   I suspect it’s mostly a ROI thing.

That being said…I’m not okay with what the press release (excerpted below) says PF and QF will be doing at SHOT 2015.

“If you plan to introduce a new product to help upland bird hunters put more feathers in the bag during 2015, then we want to know about it,” explained Bob St.Pierre, the organization’s vice president of marketing. “We’re looking for new shotguns, dog products, blaze orange apparel, wildlife habitat products, or any other pieces of upland gear.”

During this year’s SHOT Show, Pheasants Forever and Quail Forever representatives will take photos, shoot videos and write reviews of these new products. All of this content will be available to the organization’s followers through their social media platforms throughout the week-long show.

Seriously?   Is this the kind of return on your membership dollar you seek?   Look, I’ll make no bones about it I have not been a big fan of Pheasants Forever now for several years.   Far too often I see select headquarters staff playing on what appears to me to be the member’s dollar.   At least that’s my perception.   And while it’s okay to have fun at what you do, it’s equally important not to lose sight of your organizational mission.

Yesterday I blogged about how everyone who attends SHOT these days has the power to communicate the excitement of the trade show.   I have no problems with that.   But would someone please explain to me why a conservation organization needs to send staff to Las Vegas to perform a function typically accomplished by the 2,500 media in attendance (most of whom pay their own way—out of their own pockets).   Again, the perception here is of conservation efforts gone terribly awry.

Oh, there are many other fine examples of well-intended focus becoming lost due to the SHOT Show Disney Effect.   Perhaps one of the best examples occurs the day before the SHOT Show even opens its doors.   SHOT Show Media Day at the Range.   Did you know this pre-show event got its genesis for the primary purpose to recognize youth and their individual achievements in the 4–H Shooting Sports?   The future of our industry depends on encouraging positive youth involvement today. 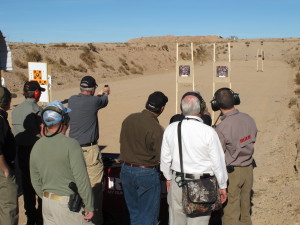 Guess what?   If you’re one of the chosen few media types who gets to be involved with this 2015 pre-SHOT Show event you’ll be hard pressed to find anything at “Media Day” promoting youth shooting sports anymore.   It has evolved into a commercial enterprise with objectives far different than what the original organizers had in mind to encourage and honor the nation’s top shooting sports ambassadors from each state.

Yes, it’s high time everyone within the shooting sports industry refocuses on what expectations are important to promote a positive growth within the industry.   Personally, I’m not too keen on conservation organizations coming off more as marketing organizations to promote certain products.   Nor do I like it when well-intentioned events get overshadowed and eventually replaced because big money speaks louder than good deeds.

Yup, the SHOT Show can certainly have a dizzying influence on common sense and what’s proper conduct, at least in my humble opinion.

Like Loading...
Older
Are Outdoors Writers Losing Significance At SHOT?
Newer
Heading To SHOT? Use That Camera In Your Pocket! 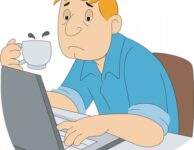