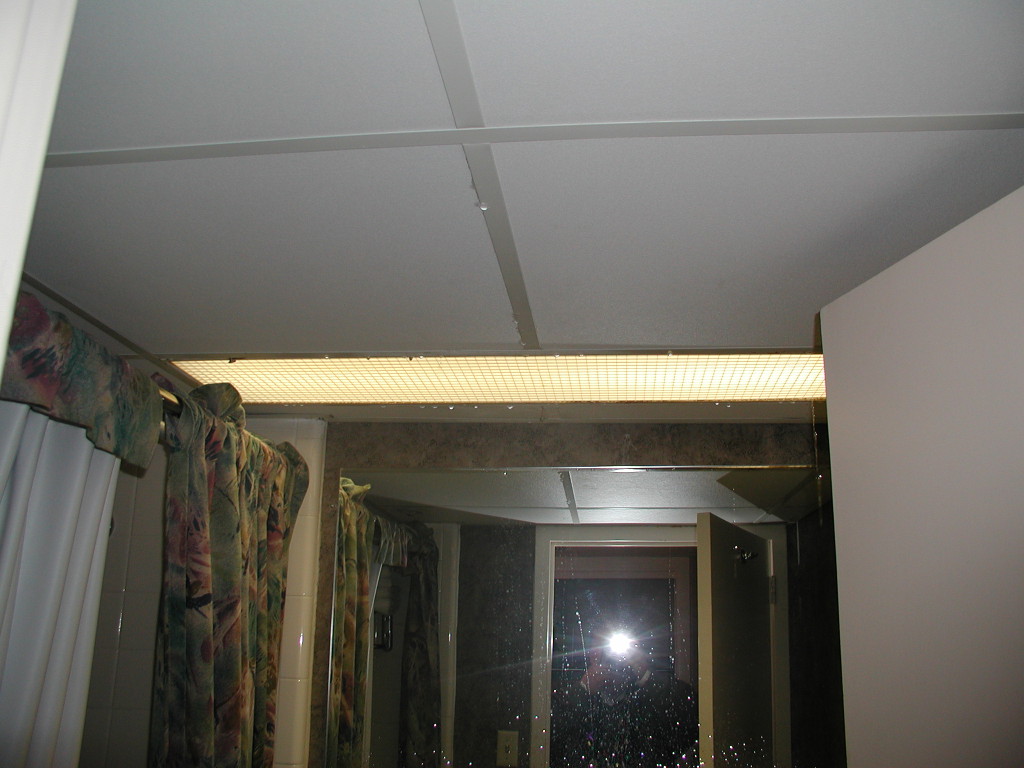 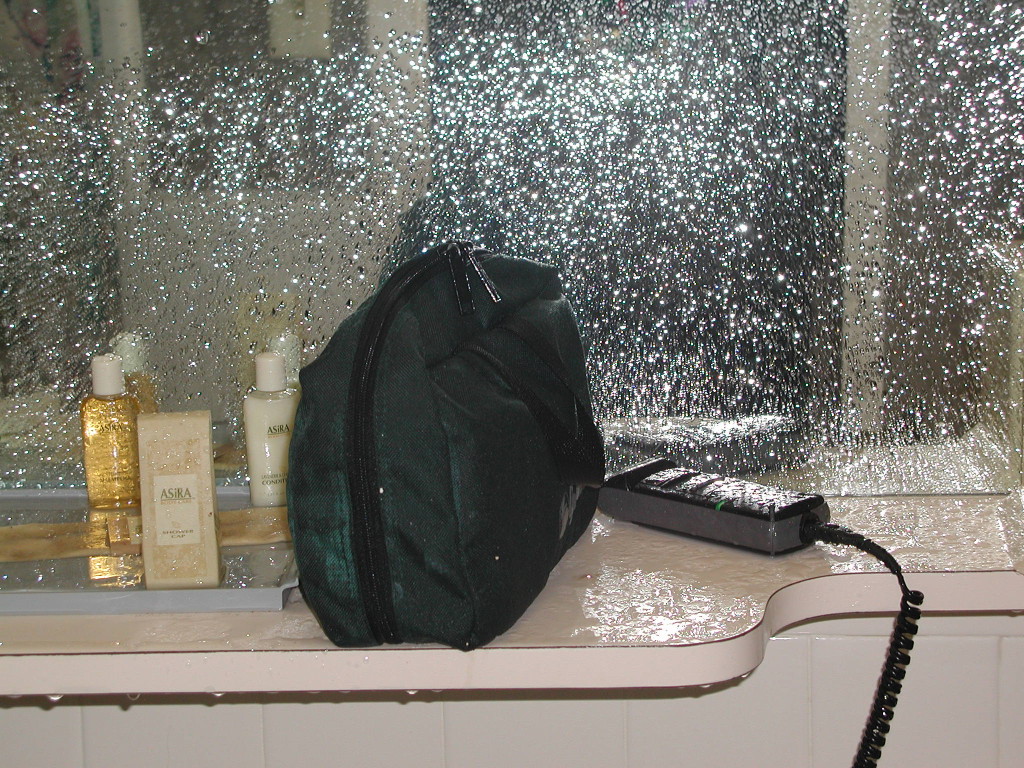 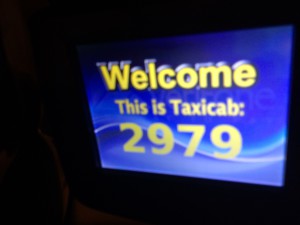 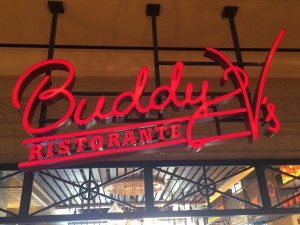 The 2014 Shooting, Hunting and Outdoor Trade(SHOT) Show wrapped up last Friday and by all accounts the industry appears very upbeat and poised for another good sales year.   In fact, if statistics prove anything, the 2014 show was a record breaker with over 5,000 more attendees than last year—totalling over 67,000 people representing over 100 different countries.

The hallways filing into and out of the SHOT Show were often quite busy with people.

All numbers aside, for me the show didn’t offer up anything revolutionary when it comes to new outdoors or shooting products.   Oh, sure, just about every product manufacturer has something new as part of their marketing hype.   They have to.   This is where the new sales season begins.   But more so than other years where folks would clamor to a handful of booths to touch and feel some fantastic new product offerings, it seemed the marketing hysteria was pretty evenly spread throughout the show in 2014.

And that’s a good thing.   Everyone was receiving attention.   Well, almost everyone.   I still shake my head at seeing one exhibitor who came to the show sporting a new line of wrist rockets.   Yup, that’s right…nothing more than a souped up slingshot capable of taking out a neighbor’s window from 200 yards away.   As I walked by the booth I couldn’t help but shake my head wondering how many beers were consumed prior to the decision of “let’s take this concept to the SHOT Show.”

Can’t seem to find .22LR in the stores, but at SHOT there was plenty on hand to excite the buyers.

Oh, there was the other booth that sold, among other things, a camouflaged pen.   Yes, who walking out of the show wouldn’t want a ballpoint pen decked out in some digital camo pattern?   Better add a camo notebook to that order.   As I picked the pen up to observe its manufacture quality I asked the fella behind the booth…”A camo pen?”   He looked at me with no response, but apparently untrusting that I might take the pen.   I set it back down and walked away.   Again, shaking my head wondering deeper about the marketing potential of this item and product line.

Yet, SHOT 2014 was certainly not all about the oddball.   You’re bound to get that when you have 1,600+ vendors showcasing their products.   Instead, this year’s SHOT felt more like a celebration of what we all enjoy.   In particular, it is encouraging to see how new shooters and women are being welcomed into the mix with new product offerings.   And why not, this growing segment of outdoors enthusiasts represents one of the fastest growing demographics within our shooting and hunting ranks.   My guess is they are also some of the highest spenders as they are the ones needing new equipment.

Almost everywhere a person looks you can find guns at SHOT, but over the years this industry buyer show has evolved into something much more than just guns.

I’ve said it before if you want the hard hitting SHOT product coverage this is not the blog to follow.   I suggest you follow my friends over at AmmoLand.com for that sort of hoopla.   In fact, while you’re at it sign-up for their Daily Digest to keep you up on all the news of the industry almost as quickly as it happens.   They do awesome work and my buddy, Fredy Riehl, who edits it is a great guy to boot!

In conclusion, I came home from SHOT having only made one product purchase.   The product that intrigued me?   None other than a game camera made by Cuddeback.   It wasn’t so much how the camera has outstanding new capabilities or any unique feature.   I bought it because I got to put the order on my buddy’s credit card.   That’s right…it’s always more fun to spend someone else’s money when buying new products for yourself.

©2014 Jim Braaten. All Rights Reserved. No Reproduction without Prior Permission.

A Quick Walk Through The 2014 SHOT Show

Next week I will have a blog post or two regarding my thoughts on the 2014 SHOT Show, including a rant I feel coming on about SHOT’s Media Day at the Range.   In the meantime, for those folks who have never been to the show, I thought I might offer up a quick glimpse as to what it’s like to walk the show floor.

Keep in mind, SHOT is broken up on two levels with the level shown in this video being the main show floor.   This is the floor where most of the big names in the outdoors industry have their sometimes two or three story booth displays.   The basement level, not shown, is where many of the smaller product suppliers showcase their product offerings, but aside from a much lower ceiling it looks much the same.

One thing to understand is when you walk the isles at SHOT you need to keep track of your time.   This year there was 131 new product exhibitors which is usually capped out at about 1,600 in total.   Early on in the show I heard reports that attendees (that would be buyers, media, etc.) was showing in excess of 65,000 registrants.   That’s amazing and probably will make for one of the best attended shows ever.   Just my guess.   Either way, it makes for 12.5 miles of show floor isles to walk with an average amount of time spent per booth of about 22 seconds if you want to see it all at this massive trade show.

The video you are about to see was taken on day 2 around lunchtime.   You might think to yourself, boy those isles aren’t very full with attendees…but that was not the case on day one when often times the isles were so packed at some locations movement was a challenge.   So, keep in mind what you see for people walking the isles in this video is slightly less than the norm you would find during peak show hours (when folks aren’t having lunch, etc.).

©2014 Jim Braaten. All Rights Reserved. No Reproduction without Prior Permission.