The Deer Stand Is Where We Learn About Ourselves

Non-hunters often have great difficulty understanding what would possess an otherwise normal individual to sit in a tree stand for hours on end waiting patiently for a deer to pass.   To be perfectly honest, everyone has their own reasons for doing it.   Early in one’s career the motivation to score on a trophy animal can be so compelling it becomes reason alone.   Later, however, after hundreds if not thousands of hours waiting silently, I do believe many hunters just “feel” it is the right place to be when the autumnal winds start blowing. 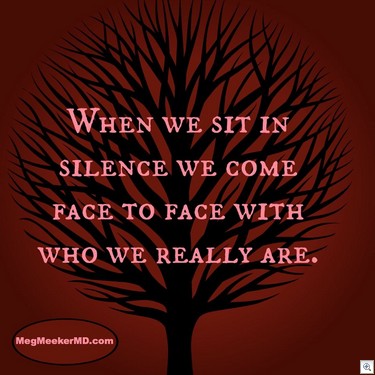 Yesterday I saw this little inset picture (wisdom) and found it to be so utterly perfect.   Indeed, in silence is when we learn so much about ourselves.   Deer hunting (as well as many other forms) is an exercise about waiting.   It’s takes determination to rise hours before most other folks on a weekend to pursue the passion.   It takes a desire to accomplish something that takes both skill and luck without ever a guarantee of success.

Oh yeah, hunters learn a lot about themselves.   The time for introspection can have a profound impact on one’s life.   I know.   For it was in the deer stand twice in my life I mustered the courage to tell an employer I was moving on.   Time for greener pastures.   Time to make a change and let go of what had become comfortable in life to seek new opportunities and adventure.

The deer stand will do that to you.

I think the deer stand will also help “reset” your life or put things back into proper perspective.   In today’s fast-paced world this is more important than ever before.   I know from personal experience that far too often life has you running seemingly nonstop almost to the point of exhaustion.   A little “me time” is often the cure for this ailment.

So, when you are in the tree stand considering life, weighing lofty decisions, reminiscing on friendships, contemplating that new truck purchase, taking a mental health break from the kids, putting the stress of work behind you, and simply unwinding with some peace and quiet, consider this.   Time spent in the deer stand helps to recharge your life’s batteries.

When your phone is running on empty, you never quite know if you’ll have enough “juice” left to get you by until the next recharge.   For me, hunting season is my life re-charge.   It affords me the opportunity to step back, slow down life just a bit, and do plenty of evaluating on both where I’ve been, but more importantly on where I am going if I so choose to walk that path.

Speaking of walking that path.   Did you know that yesterday was my official 10th anniversary for this blog.   Yes, indeed, I didn’t care to make a big deal of it…but with this blog post I am now officially starting a new decade of blogging.

You can be sure that when I am out in the deer woods this fall contemplating all there is about my life, part of that learning about myself will involve what I am doing with this blog.   Ten years…can you believe it!   In case you’re wondering, HERE was my very first post.

It’s fair to say the act of blogging also forces a person to learn a lot about themselves.   Yet, the genesis for nearly all of these efforts begins with precious time spent in the woods learning about who you really are.   For once you discover and understand you, the rest of the world comes into much clearer focus.

Tell me about your time spent in the woods discovering about yourself.

As a blogger most folks would agree I’ve been pretty pathetic about my writing efforts over the past several months.   No excuses.   Well, I could give you a laundry list of reasons I haven’t been putting pixels on the computer screen…but it really serves no constructive purpose, now does it?

An outdoors writer associate of mine has a blog and perhaps he is most honest with his blog readers.   He calls his blog the “Ocassional” blog.   I guess the connotation there is don’t expect much, I’ll write something when I damn well please.   Honest…indeed.   Yet, not likely to send those search engines spinning with newfound content that they all like to feed on.

Honestly, I’ve done a bit of soul searching about this whole process of blogging.   What I’ve discovered is the older I get the less I care to write about life experiences as I’d rather just sit and cherish them.   At least, that’s the way it is for me.   There was a time when I would experience something new and I couldn’t wait to share the experience.   I’m sad to report that sensation has somewhat faded.    Oh, don’t get me wrong…I’ve not given up on blogging.   Rather, I would like to think I have just matured during the process.

Good or bad…there’s one person and only one person who controls the content of this blog. Guess who?

When I began blogging almost ten years ago (anniversary in just a few weeks) I did it for me.   I know that sounds rather self-centered, but realize back ten years ago very few people read blogs.   Hell, for that matter most Internet users lacked any understanding about what blogs could potentially be.   Back in those days you jotted in a blog much like you would log an entry into a personal diary kept near your nightstand.   Big difference, this diary entry was available to the public AND if you slighted someone in any negative fashion you could be held legally liable.   In a diary…well, they never even knew about it.

Oh, I’m not going to get into how over the past decade blogging has evolved into the powerful medium it has become to express feelings.   I’ll save that for someone else to do.

However, I do want to express how I think blogging, or more specifically many bloggers, could be well served to remember why they got started.   In the beginning it was people who just had something to say.   It was writers who had a burr under their saddle, so to speak, and needed a soapbox platform to release some pent up feelings on a particular matter.   It was bloggers who wrote from the heart, and not from the pocketbook.

You see, I think blogging for many has become too commercial.   Too predictable.   Too much like a big promotional message…whether the slant is to perform self-promotion or that for a company/product.   I may have mentioned it before but I’ve passed on opportunities to blog for big name outlets because I did not want my words or thoughts to be tainted by sponsor bottom lines, future advertising opportunities, or the like.   In fact, when you see my “byline” it’s because I have something to say.   Not because my name and reputation is being used as a mouthpiece.

Oh, sure, if blogging is your livelihood and there is a financial interest at stake, it takes on a whole new purpose.   In contrast, when you go for two months without as much as uttering a single word on your blog.   Well, that pretty much proves you don’t answer to anyone…at least from the sponsor side of things.

As we inch closer to fall and the fall season so many of us adore, I’d like to think you will see more posts here detailing my rambling thoughts on this outdoors matter or that.   On the other hand, if I fail to check in on a weekly or even monthly basis I hope you’ll understand.   I write when the urge to do so presents itself.   In other words, I write when I have something to say, not when there’s something another person wants me to tell you.   Understand the difference in the various blogs you read.

Time For A Change And To Get More Social

Good Friday afternoon, everyone!   You’ll notice a change around here—and I’m hoping a change for the better.   As of today this blog site is currently self-hosted (something long overdue) and much more flexible than it ever has been. 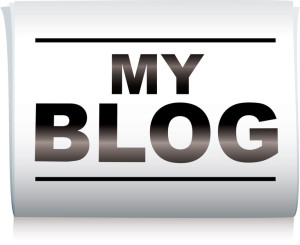 When I first started out blogging I used a platform known as Typepad.   It’s still around these days, but I don’t know anyone serious about their effort who continues with that out-dated technology.   Then, back in 2010, I took the bold move and migrated this blog site to the WordPress platform as everyone told me it was the wave of the future.   And, to be perfectly honest, I believe they were right.   It’s awesome for building both blogs and websites.

Yet, over the past several years I felt like a school kid having to live by all these rules.   You see, prior to today the site was hosted at wordpress.com because frankly it was cheap, easy and during the beginning offered me what I thought I needed.

As my online and web skills expanded I quickly realized long ago I was in desperate need of a change.   Well, that change came today in both the look and function.   You’ve probably recognized how things look a lot more “social” these days on the web.   Indeed, to stay current it requires not only blogging, but putting yourself out there where you can been found in many facets of the social media network.

During the coming weeks you will notice a few changes here and there.   But, the big change you may not notice is how this site has suddenly become more “responsive” to viewing in all formats.   Gone are the days blog readers primarily sit in front of desktop computers and read a blogger’s dialogue.   Today, they have smartphones, tablets, iPads and a whole host of other devices that your blog site better be enabled to handle.

So, I hope you enjoy the changes you are seeing.   I suspect there will be lots more changes in the weeks and months yet to come.   The bottom line is a blogger has to stay fresh and energized to be interesting…and to a large extent this happens to also be true with how the site is being viewed by the reader.

Have a great weekend, folks!